Add To My favorite

On June 17, 2021, the Permanent Mission of China to the United Nations deposited with the Secretary-General of the United Nations the Chinese government's acceptance of the Kigali Amendment to the Montreal Protocol on Substances that Deplete the Ozone Layer (hereinafter referred to as the Kigali Amendment) Acceptance book. The amendment will take effect for my country on September 15, 2021 (not applicable to the Hong Kong Special Administrative Region of China for the time being).

The "Kigali Amendment" was passed in Kigali, Rwanda on October 15, 2016, and included hydrofluorocarbons (HFCs) into the "Montreal Protocol on Substances that Deplete the Ozone Layer" (hereinafter referred to as the "Montreal Protocol"). HFCs are common substitutes for ozone-depleting substances (ODS). Although they are not ODS themselves, HFCs are greenhouse gases with high global warming potential (GWP). After the "Kigali Amendment" was passed, the "Montreal Protocol" opened a new chapter in the history of coordinated response to ozone layer depletion and climate change. The Chinese government attaches great importance to the implementation of the ozone layer protection, and has carried out solid implementation and governance actions, and has achieved positive results. As the largest developing country, despite many difficulties, China has decided to accept the "Kigali Amendment" and will make new contributions to the protection of the global ozone layer and the response to climate change.

According to the notice of the China Ozone Depleting Substances Import and Export Administration Office, from January 1, 2022, the import and export of the controlled substances in the Kiga Amendment, that is, most of the HFC substances that our company is exporting, will be subject to license management. 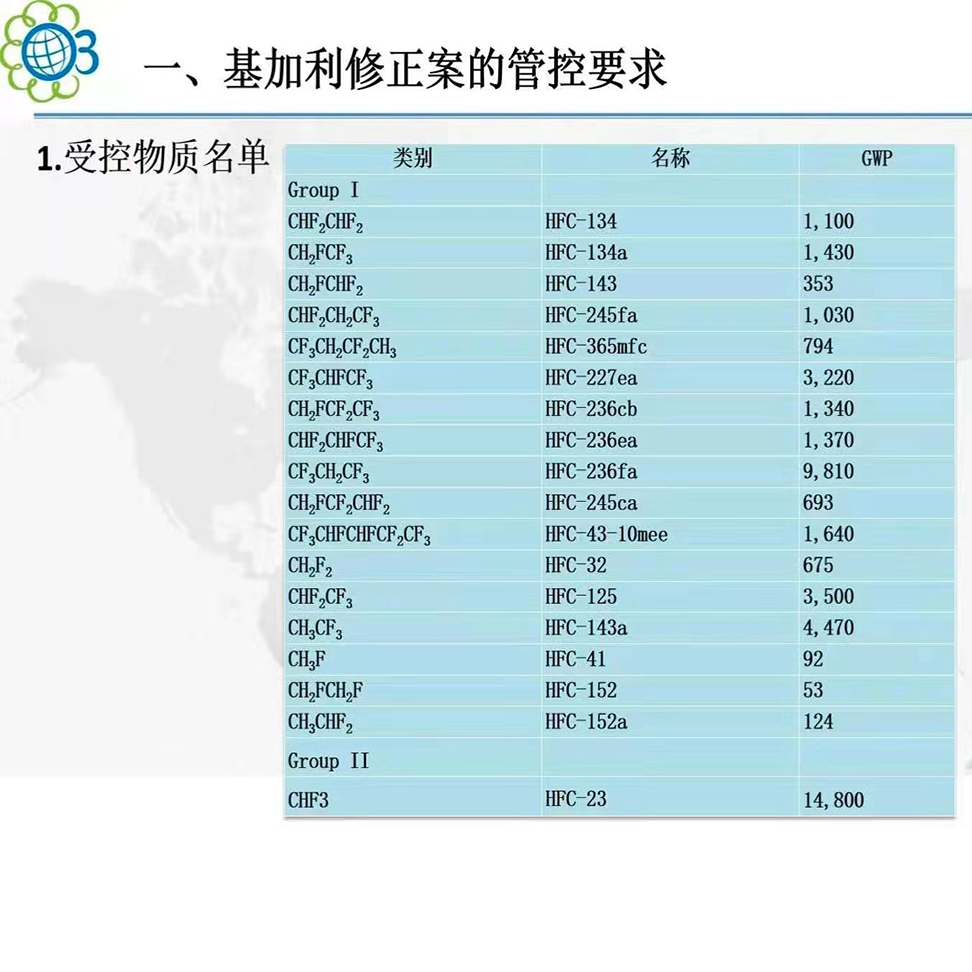 Zhejiang Guomao Industrial Co.,Ltd. is a manufacturer and supplier of refrigerant in China.